A Wrinkle in Time August 11th

Meg Murry and her little brother, Charles Wallace, have been without their scientist father, Mr. Murry, for five years, ever since he discovered a new planet and used the concept known as a tesseract to travel there. Joined by Meg's classmate Calvin O'Keefe and guided by the three mysterious astral travelers known as Mrs. Whatsit, Mrs. Who and Mrs. Which, the children brave a dangerous journey to a planet that possesses all of the evil in the universe. 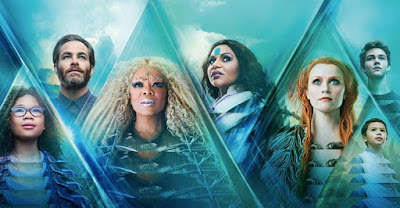 Join us this Saturday, August 11th for the 2018 release of A Wrinkle in Time. Sponsored by the West Seattle Blog, this version is from visionary director Ava DuVernay. Based on the timeless classic and filled with spectacle, warmth and heart, this celebrated film follows an ordinary girl’s epic adventure and brave journey to save her family.

Bring family, friends and some funds to purchase concessions and raffle tickets. This weeks sponsored charity is the West Seattle Timebank. What is a Timebank? If you do something to help someone else, whatever skills are involved, each hour of time is collected in your account. You can then use those banked hours to get help from other people in the timebank. It's a win-win!

All movies are shown at the West Seattle/Fauntleroy YCMA festival street. Gates at 6:30 PM. FREE!